8 Corporate Lessons to succeed in your job 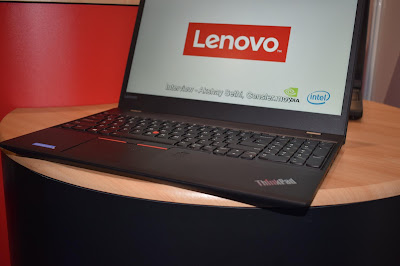 A junior manager, a senior manager and their boss are on their way to a meeting. On their way through a park, they come across a wonder lamp. They rub the lamp and a ghost appears. The ghost says, "Normally, one is granted three wishes but as you are three, I will allow one wish each"

So the eager senior manager shouted, I want the first wish. I want to be in the Bahamas, on a fast boat and have no worries. "Pfufffff, and he was gone.

Now the junior manager could not keep quiet and shouted "I want to be in Florida with beautiful girls, plenty of food and cocktails. "Pfufffff, and he was also gone.

The boss calmly said, "I want these two idiots back in the office after lunch ".

MORAL OF THE STORY: Always allow the boss to speak first

A turkey was chatting with a bull. "I would love to be able to get to the top of that tree," sighed the turkey, "but I haven't got the energy." "Well, why don't you nibble on some of my droppings?" replied the
bull. "They're packed with nutrients." The turkey pecked at a lump of dung and found that it actually gave it enough strength to reach the first branch of the tree. The next day, after eating some more dung, he reached the second branch.

Finally after a fortnight, there he was proudly perched at the top of the tree. Soon he was promptly spotted by a farmer, who shot the turkey out of the tree.

MORAL OF THE STORY: Bullshit might get you to the top, but it won't keep you there.

There were these 4 guys, a Russian, a German, an American and a French, who found this small genie bottle.
When they rubbed the bottle, a genie appeared. Thankful that the 4 guys had released him out of the bottle, he said, "Next to you all are 4 swimming pools, I will give each of you a wish. When you run towards the pool and jump, you shout what you want the pool of water to become, and your wish will come true."

The French wanted to start first. He ran towards the pool, jumped and shouted WINE". The pool immediately changed into a pool of wine. The Frenchman was so happy swimming and drinking from the pool.

Next is the Ru ssian's turn, he did the same and shouted, "VODKA" and immersed himself into a pool of vodka.

The German was next and he jumped and shouted, "BEER". He was so contented with His beer pool.

MORAL OF THE STORY: Mind your language, you never know what it will Land you in.

A man is getting into the shower just as his wife is finishing up her shower & the doorbell rings. After a few seconds of arguing over who should go and answer the doorbell, the wife gives up, quickly wraps herself up in a towel and runs downstairs.

When she opens the door, there stands Bob, the next door neighbor. Before she says a word, Bob says, "I'll give you $800 just to drop that towel that you have on". After thinking for a moment, the woman drops her
towel and stands naked in front of Bob. Bob has a close look at her for a few seconds, hands over $800 and quietly leaves.

Confused, but excited about her good fortune, the woman wraps back up in the towel and goes upstairs. When she gets back to the bathroom, her husband asks from the shower "Who was that?" "It was Bob the next
door neighbour," she replies. "Great," the husband says, "did he say anything about the $ 800 he owes me?"

MORAL OF THE STORY: Share critical credit information with your stakeholders to prevent avoidable exposure

A little bird was flying south for the winter. It was so cold the bird froze and fell to the ground in a large field. While it was lying there, a cow came by and dropped some dung on it. As the frozen bird lay there miserably in the pile of cow dung, it began to realize how warm it was. The dung was actually thawing him out He lay there all warm and happy, and soon began to sing for joy.

A passing cat heard the bird singing and came to investigate. Following the sound, the cat discovered the bird under the pile of cow dung, and promptly dug him out and ate him.

MORALS OF THE STORY:

1) Not everyone who shits on you is your enemy.

2) Not everyone who gets you out of shit is your friend.

3) And when you're in deep shit, it's best to keep your mouth shut

A priest was driving along and saw a nun on the side of the road, he stopped and offered her a lift which she gladly accepted. She got in and Crossed her legs, forcing her gown to open and reveal a lovely leg.
The priest had a look and nearly had an accident. After controlling the car, he stealthily slid his hand up her leg. The nun looked at him and immediately said, "Father, remember psalm 129?"

The priest was flustered and apologized profusely. He forced himself to remove his hand. However, he was unable to remove his eyes from her leg. Further on, while changing gear, he let his hand slide up her leg
again. The nun once again said, "Father, remember psalm 129?" Once again the priest apologised. "Sorry sister, but the mind is weak."

Arriving at the convent, the nun got out, gave him a meaningful glance and went on her way.

On his arrival at the church, the priest rushed to retrieve a bible and looked up psalm 129. It said, "Go forth and seek; further up, and you will find glory."

MORAL OF THE STORY: Alwa ys be well informed in your job; or, you might miss great opportunities

A crow was sitting on a tree, doing nothing all day.

A small rabbit saw the crow, and asked him, "Can I also sit like you and do nothing all day long?" The crow answered: "Sure, why not." So, the rabbit sat on the ground below the crow, and rested. All of a sudden a fox appeared, jumped on the rabbit and ate it.

MORAL OF THE STORY: To be sitting and doing nothing, you must be sitting very, very high up.

Usually the shop-floor staff of the company play football.
The middle-level managers are more interested in tennis.
The top management usually has a preference for golf.

FINDING: As you go up the corporate ladder, the balls reduce in size.
Humour

Anonymous said…
Nice one. One the serious note, read this:
http://diggindianews.com/EducationCareer/How_to_SUCCEED_at_your_first_job/
12:12 AM, August 01, 2007

Monkey Business on Planet of the Apes

The Toilet Paper of India ( TOI )

Cows give more milk in the Free Market